As you’ve probably noticed from the lack of reviews or other posts recently, January is a rough month for me. You see, Daylight saving time ushers in the long, dark winter days that kick start my Seasonal Affective Disorder. I can usually make it through December out of sheer love for the fairy-light filled Christmas season, but after the ball has dropped and we’ve ushered in a new year, my spirits drop. Every year I struggle with January (and to a slightly lesser degree, February and March). The work day seems to zap me of whatever limited energy reserves I have and I wind up eating instant meals and feeling guilty about the housework I’m not doing and the reviews I’m not writing.

My reading (largely done on my commute to work) continues, but some of my bookish habits have altered. I’m a heavy library user who usually carefully manages her 40+ holds to ensure that I never have more checked out at one time than I can read. This month I got careless. I wound up with five books checked out and only a limited desire to read any of them, so I wondered, what if I read the first 50-ish pages of each book to see what grabbed me and then blogged about my first thoughts?

All of these book selections are by authors I’ve never read before, and were chosen at a whim, without reading a formal review or a friend recommendation.

You’ll Miss Me When I’m Gone by Rachel Lynn Solomon
378 pgs. YA Contemporary

Summary: Twins Adina and Tovah have grown apart over the years and have little in common. Viola prodigy Adina longs to pursue music professionally, while studious Tovah is awaiting her acceptance to Johns Hopkins to pursue a career in medicine. One thing could wreck their carefully planned futures: a genetic test for Huntington’s, the disease that is slowly destroying their mother. When the test results come in, one twin tests negative for Huntington’s, but the other tests positive.

Thoughts: It takes an exceptional YA Contemporary read to really grab me, and I suspect that’s not You’ll Miss Me When I’m Gone. Don’t get me wrong, there are some interesting things here. As someone who majored in the humanities during my undergrad, I found Adina’s jealousy and bitterness over society and family valuing her sister’s STEM aspirations over her gift for music very relatable. Genetic disease is a topic I haven’t seen explored before in YA and I think it’s done here, at least in the brief section I read, with sensitivity and honesty. I’m also intrigued by the debt that’s subtly alluded to in the story; Why does Adina owe Tovah? However, the writing style reads on the young side of YA, a personal pet peeve of mine, and the prose is not particularly well-written, employing a tell don’t show method that grates. I’m also a little put off by the fact that it’s already so crush/romance-centric.

Verdict: Ultimately it’s a quick enough read that I plan to continue, but I’ll be surprised if this is above a 3.5 star book for me.

Things a Bright Girl Can Do by Sally Nicholls
419 pgs. YA Historical

Summary: Through rallies and marches, in polite drawing rooms and freezing prison cells and the poverty-stricken slums of the East End, three courageous young women join the fight for the vote. Lesbian suffragettes in 1914! Do I really need to say more?

Thoughts: Full disclosure, by the time this posts I will have finished this book, which gives you a pretty good idea of how much I enjoyed the first fifty pages! Things a Bright Girl Can Do is engaging from the first chapter, where it depicts a pivotal moment in the life of one of its heroines, Evelyn. I loved that all three protagonists, Evelyn, May, and Nell, are from different backgrounds and social upbringings. Nell is a poor East End factory worker who wants equal wages for women, May comes from a Quaker family and is a pacifist seeking a peaceful way forward, while Evelyn is an upper-class girl who wants to attend university like her brother and beau – yet they all share a common goal of equality. It’s a theme that resonates in this day and age when feminism continues to strive for equality. It’s also notable in that the book is YA historical fiction with LGBT rep, in Nell and May.

Verdict: Charming, yet unafraid of depicting the violence of the suffragette movement, Things a Bright Girl Can Do is definitely worth reading.

The Five Daughters of the Moon by Leena Likitalo
222 pgs. YA Historical Fantasy

Summary: The Five Daughters of the Moon is the first part of a fantasy duology inspired by the 1917 Russian Revolution and the last months of the Romanov family. As the Crescent Empire teeters on the edge of a revolution, sisters Alina, Merile, Sibilia, Elise, and Celestia, are the ones who will determine its future.

Thoughts: I have the vague feeling that this will be one of those books where the concept is better than the execution. At just 222 pages, it’s an incredibly short read – I’m already almost a quarter of the way through! – so I feel like I have a pretty fair impression of the book. The Five Daughters of the Moon is certainly original, combining elements of technology with magic through the fictional counterpart of Rasputin. There are also some inventive  ideas here, including the fact that the titular five daughters each have a different biological father (“seed”) sometimes chosen for political reasons, and the idea that naming something  or someone can anchor the soul to its body. I was less impressed by the writing. The first narrative voice is supposed to be that of a six-year-old child, but it doesn’t feel authentic. The language is too mature and the child seems to understand everything that an adult would.

Verdict: It’s so short that I may end up finishing it anyway, but I suspect I’ll be more in awe of the gorgeous cover and the intriguing concept than the book itself.

Summary: Rachel is a scavenger in a near-future ruined city that is littered with discarded experiments from The Company, a former biotech firm, and hosts a dangerous and unpredictable massive bear. On one of her missions, Rachel brings home something unusual, which she names Borne. Initially resembling a sea anemone, she comes to realize that Borne is not a plant, or even an animal, but an intelligent, and ever-changing life-form.

Thoughts: Borne is one of the most unique novels I’ve encountered, demonstrating that new and interesting things are in fact still possible within the well-worn dystopia genre. The world building is thorough, and yet seamless, so it never feels like an info dump. The writing style and plot are engaging and invite curiosity about will happen next and how the creature named Borne will change. My one caveat is that already the main female character has been brutally beaten (though fortunately not raped). I hope that this is either an isolated incident of violence, or that the violence will be more evenly distributed throughout the rest of the book.

Verdict: Borne is the most promising of the five books on this list and one that I look forward to continuing.

A Skinful of Shadows by Frances Hardinge
415 pgs. YA Historical Fantasy

Summary: Makepeace is an illegitimate daughter of the aristocratic Fellmotte family and shares their supernatural hereditary gift: the capacity to be possessed by ghosts. Unbeknown to them, the wild, brutish spirit of a bear already resides in Makepeace, and may be her only defence against the Fellmottes’ terrible plans for her.

Thoughts: 50 pages in and I still can’t decide how I feel about this book! I love the idea of the English Civil War setting, a period not often used in fiction, although the first fifty pages don’t feature a lot of world building. I’m also intrigued by the introduction, in the last chapter I read, of Makepeace’s ominous grandfather, Obadiah Fellmotte. Unfortunately I still don’t feel connected to any of the characters. I’m starting to come around to Makepeace (mostly because she defended a mistreated dancing bear and attacked the men who were responsible), but at fifty pages I should care about what happens to an orphaned teenage girl more than I do. I suspect that this may just be a book that is not for me. The writing is certainly atmospheric, giving off a dark horror vibe in the descriptions of spirits that I think other readers will really enjoy. As someone who won’t touch the horror genre with a ten foot pole though, I’m probably not the intended audience.

Verdict: If I didn’t have so many other books out from the library now I’d probably give it a try, but at the moment A Skinful of Shadows is near the bottom of my pile.

Let me know if you’ve read any of these and what you thought of them! How do you choose which books to commit to? Do you ever give them a fifty page test drive? Let me know in the comments. 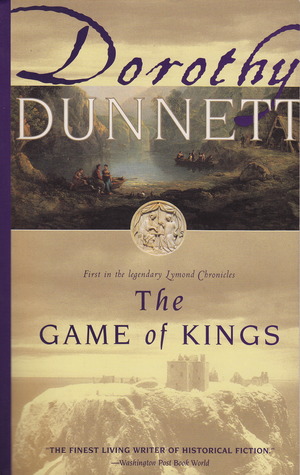