It’s that time of year again when the book community does discourse over Worst/Least Favourite/Most Disappointing Book Lists!

Personally, I’ve always enjoyed reading these lists and seeing what worked and didn’t work for my fellow bloggers. I’ve gone with Most Disappointing for my list, because some of my titles are not objectively bad books, they just aren’t books that I enjoyed or fare books that I wanted more from. Without further ado, here are the six books this year that didn’t work for me:

6. Daughter of the Moon Goddess by Sue Lynn Tan
My rating:

I read this back in February and originally gave it 3.5 stars, but upon reflection I’m going to give it 3 stars. Daughter of the Moon Goddess is a fine read, I had fun reading it, but it was one of my most anticipated new releases of the year and it did not live up to the hype for me. This is partly not the author’s fault, but rests squarely on the marketing team and copy. Daughter of the Moon Goddess is being marketed as adult fantasy but everything about this book screams YA. The writing style is fast-paced and easy to understand, but it feels very young. The book also feels like a throwback to 2014: A chosen one “strong female” character who seems to master each skill she tries and who manages to attract the attention of three eligible men? A love triangle between the young woman and two of these men? Daughter of the Moon Goddess lacks the high stakes or imminent danger that would help this book get its emotional hooks into readers as something more than a fun, no braincells required romp. It’s lovely to see a Chinese myth retelling landing so well, I just wish it had some depth to it.

5. Hogfather by Terry Pratchett
My rating:

I know, I know! I expect to be pelted with tomatoes at any moment. With apologies to Sir Terry Pratchett and to my Pratchett loving friends, I must admit that this one did not work for me. I was looking for a fun, festive read and I’ve enjoyed other Discworld novels (although admittedly it’s been several years since I read one) so I thought Hogfather might be the ticket. While I liked the general concept of Death playing Santa and there are a few great scenes (Death giving the child in the mall a sword is one), the humour mostly didn’t land for me and I spent many of the scenes with Susan and with Mr. Teatime just wishing we would get back to Death and the hogs. Hogfather took me nearly a month to read because I kept being distracted by more appealing books from my TBR, but even when I sat down and focused, I just wasn’t in the mood. Humourous fantasy often isn’t my thing, so I suspect this is a case of a book that just wasn’t for me but that will very much be for other people. So, if it sounds like something you might enjoy, I do encourage you to pick it up and I hope that it makes you smile more than it did me.

4. Tender is the Night by F. Scott Fitzgerald
My rating:

As much as I loved The Great Gatsby, I don’t think I would have picked this one up without my book club choosing it in February 2022. I was cautiously excited about Tender is the Night, but I just found it such a slog. I couldn’t read more than a handful of pages without zoning out, and I even tried listening to the audiobook to help and still barely finished in time for the meeting! If I hadn’t been reading for a book club I definitely would have DNFed and I rarely DNF. I didn’t care about or find any of the characters interesting, the writing style didn’t do anything for me, and I have no idea what happened.

3. The Magician by Colm Tóibín
My rating:

As Rachel says in her list of the year’s most disappointing reads, the pervading feeling one has when reading The Magician is ‘what is the point of this book?’ Tóibín’s writing is fine and stands up on a sentence level, but his fictionalized biography of author Thomas Mann has so little to say about both Mann and the broader topics of literature that it feels like a 500 page waste of time. It’s an especially egregious waste when multiple members of Mann’s family, at least as depicted in The Magician, would have made for far more interesting subjects than Thomas Mann. Perhaps Mann would have been better served by a work of non-fiction, but this novel is far too long, offers nothing new about its subject, and the narrative plods.

2. Death in Venice by Thomas Mann
My rating:

What’s worse than Colm Tóibín’s fictionalized biography of Thomas Mann? Mann’s own novel, Death in Venice! Since Rachel and I read different translations, I think it’s safe to say that it’s Mann’s novel, and not the translator, who shoulders the blame for this one. I’ll admit to being put off by the Wikipedia article on Thomas Mann which detailed his journal entries about finding his pre-teen son attractive, but even without this bias I wouldn’t have cared for Death in Venice. Maybe one day I’ll give Mann another chance, but it won’t be for awhile.

1. Days Without End by Sebastian Barry
My rating:

Days Without End isn’t the worst book I read all year (I think Tender is the Night takes that honour) but it’s the one I found the most disappointing because there is so much potential here for a terrific story instead it’s all a bit of a mess, like a recipe gone awry. Days Without End is about two soldiers in the 1850s Indian Wars and then the Civil War who form a makeshift family with each other and a young Sioux girl. All the ingredients are here: there’s a central queer relationship, an Irish-American character who fled the Irish Famine, a historical setting, and found family, but sadly I found Days Without End very surface level in its depiction of characters, relationships, historical events, and even queerness. The lyrical prose doesn’t match the first-person narration from an uneducated character who is also quite possibly the least introspective and self-aware POV character I have ever encountered. It’s an utterly forgettable book that I wanted more from but just didn’t get it.


What books did you find disappointing this year? Let me know or link me your blog posts in the comments!

Next Up: Favourite Books Read in 2022

3 thoughts on “Most Disappointing Reads of 2022” 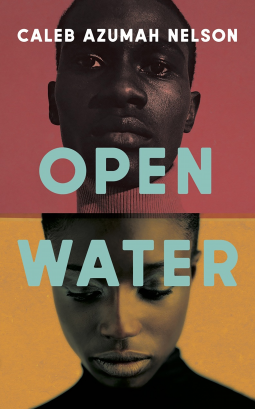